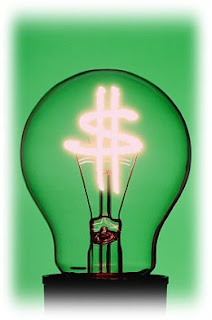 The Public Utilities Commission voted Tuesday to approve a 2.8% decrease in winter power charges that will go into effect on November 1st and continue until the end of April 2009. What this means for a household that uses 870 kilowatt hours of electricity is that they will pay $96.58 this year for the same power they paid $99.34 last winter. I know, that’s not a huge savings, but at this point in the current economic storm that’s pounding the entire country, every little bit helps. It should also be noted that this should not be considered an official total until all the final numbers are in and total costs have been determined at the end of the month.

Usually, electric rates typically fall in the winter, then rise again in the summer to encourage energy conservation during peak periods. Even so, the costs usually balance out over the course of the year. You may pay more seasonally in the summer, but with the winter adjustments you end up paying about the same annually. Wallingford is blessed (thankfully!) with some of the lowest electric rates in New England, with the exception of some areas of Maine, and PUC Director George Adair is cautiously optimistic that next summer’s peak energy costs may also lower than usual. That would be something to look forward to.

So, mark your calendars for November 1st and watch for those extra $$$ to appear on your electric bill.

(And by the way, don’t forget the Fall Electronics Recycling event for Wallingford residents, coming up on Saturday the 25th at Lincoln Middle School in Meriden from 9am to 1pm. See blog post here.)